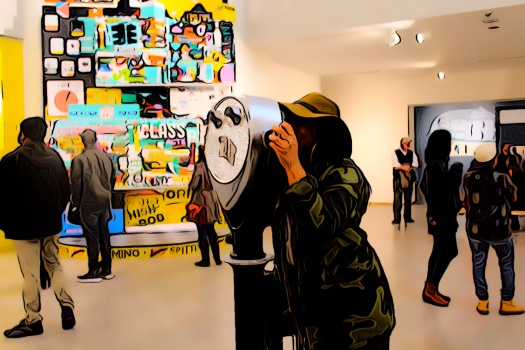 Like many women, when I meet a guy that I actually like, I allow my mind to create a whirlwind of thoughts for what our perfect relationship would look like. Some might call these thoughts fantasies, which is completely normal and healthy. We all have them, don’t we? Well, according to Psychology Today:

“Fantasies are not frivolous. They can be entertaining, distracting, frightening, even arousing, but they also allow for creativity and help us plan for the future. As long as we don’t mistake fantasies for reality…”

As long as we don’t mistake fantasies for reality. As women, it’s pretty hard to meet someone we are really into and not have some sort of expectation for the future. That’s like telling someone, let’s go to Disney World but don’t expect to go on the rides. In saying this, I want to touch on this idea of fantasies and the false hope that it brings about; I am encouraged to tie this in with my series on soul ties. As with all of my soul ties post, I am about to get real, I am going to expose some of my vulnerabilities and you all might think I am completely insane, but that’s okay.

Side Note: I am a Pisces, and even though I am not into that astrology stuff anymore, Pisces tend to be dreamers, we want the happy endings, we believe in the good of all people. When I think of us, I can imagine that we would be content skipping through a big field of sunflowers, catching butterflies and enjoying the fresh air and sunlight. So please don’t judge me. Like for real, what I am about to say sounds even crazy to me.

If I can be completely honest, I don’t know when my fantasies started. I was never the kid with an imaginary friend (although I tried to create one and felt like a complete nutjob, even as a child). I can’t pinpoint when they began, but I do know it’s been prevalent in my teenage and adult life. The older I get, the more I dream. I do this because there’s gratification in seeing that when you work hard, your wildest dreams can become a reality, even those dreams in the depths of your heart that you’ve never told anyone. So let me get back to my point. When I was in college, I met a guy. I’ve talked about this guy in my last ungodly soul tie post. We met, shared an “amazing” weekend together, and by Monday I was literally in my creative writing class drafting a poem about him. But that’s not the worst part; because I didn’t really know him, the poem detailed who I imagined him to be. Since he was about three years older than me, I thought he had his life together, therefore, he was supposed to be mature. In my head, he had his own place, which would allow me to come over and have dinner dates. I knew he had a nice car already, so no imagining there, but we would take road trips together. My fantasies dreamed up that he had a well-paying job, so he would always treat me with nice gifts. We would eventually take island vacations to get away and enjoy life with each other. After only 3-days of knowing him, I had a blueprint for our relationship, and boy did that blueprint leave an impression on me. I concocted a series of expectations and set myself up for three years of heartbreak. Turns out, he wasn’t any of those things that I imagined. I don’t want to talk about him because that’s not my nature but let’s just say he was the opposite of everything I’ve listed. No job, no apartment, no vacations, not even a title in the dang relationship. Nothing. During the first year of our fling, I would’ve been lucky if I got a call. The following years he called but only talked about himself. My friends used to get so mad when he would call and talk for 30-minutes straight before I got a word in.

“Shhhh…” I would say, afraid I would miss his talking points.

I am dying with laughter as I write this post because it’s so funny to me now, but back then I was pathetic. We had our good times, but the bad outweighed the good. I stayed with him because of the fantasy. I wanted to stick around until the fantasy came true. I wanted him to become who I imagined him to be. I looked for jobs for him, I suggested he move into my apartment in PA (of course he didn’t want my help and declined everything), but I was desperate for him to find the confidence in himself to make moves in his life. He had the ambition, he just wasn’t utilizing his gifts and I wanted to be the girl that would take him to the next level. I was in love with “the fantasy.” My soul was tied to the fantasy, and that’s what made it so hard to let him go, even when I knew everything about this “situationship” was wrong.

Around this same time, in college, I believe during my junior year, I met a guy in one of my political science classes. During the first class, we had to break up into groups to work on an assignment and it was that activity that allowed us to become buddies. We were both the same person, aside from the fact that he was in ROTC (ARMY) and I was just a regular Brooklyn girl at Penn State. We shared the same dreams, goals, and ambitions. I allowed myself to fall for his charm and our similarities. It didn’t hurt that he was cute either. He encouraged me throughout the class and supported me and it was the type of attention that I yearned for but never really experienced from a man, especially during that point in my life when I was in one hot mess situationship from another. So I began to dream. I dreamed of our simple life together in suburbia and hearing sweet nothings from him, that was made even better because of his beautiful southern accent.

However, one sad day I found out he was married and that dream was deferred. 🙂

My fantasies didn’t end in college. I met a very creative guy at the Brooklyn Museum about two years ago. He was a photographer, blogger, art connoisseur, among other things. When he told me these things I got so excited, he touched the creative side in me so I allowed my fantasies to run free. Maybe we would get married in Egypt among the pyramids and travel around the world, taking pictures of beautiful things and creating masterpieces of artwork. Our children would be as funky and high-spirited as us. They, of course, would be the most cultured children in class because they traveled all over the world before kindergarten. We both were feeling the excitement. He had a whole bunch of fantasies for me as well. He wanted us to travel from state to state, being foodies together and visiting museums. I was so down with that. About the second week into our “soul-deep” connection, I just knew we would be together. Then he did the unthinkable. He sent me a provocative picture and I had to cut him off instantly. I could understand if it was warranted but it was too soon. I wanted nothing to do with him from that point on—but that situation is a whole other blog entry on having standards and knowing your worth. The point is, after we talked, as short-lived as it was, I was kind of disappointed that we ended so soon. I really liked the fantasy that I created for us. Once again, I allowed my fantasies to feed me with false hope and nothing good came out of it.

So here I am now, recounting these embarrassing yet honest moments in my life because I was prompted by the spirit to do so. I know the dangers that fantasies can bring, as innocent as they may seem. I know that I am allowing myself to fall for the fantasies as opposed to letting God do the work. I know how dangerous it is to let these fantasies impact you because you’ll be left disappointed and sad when the reality of the situation actually sets in. What I don’t understand is why I do it, which is why I struggled with writing this post initially, although it’s been on my heart to do so for a few months now. I don’t have a magical solution to the problem, partially because I don’t know why I do it myself. If I could take a stab at my why, I think it’s because I yearn for the “happy ending” so bad. We live in a world that’s constantly telling you, no one gets a happy ending. We live in a society where divorce is at an all-time high, marriages are sometimes ruined by cheating spouses, and mainstream media and music are constantly devaluing the worth of black women (saying we are unworthy of marriage and healthy relationships). That’s some pretty scary stuff.

Yet in the midst of all my illusory truths, what I do know is that with patience and time, my fantasies will indeed come true. As I write this post one of the scriptures that’s coming in my heart is “But seek first his kingdom and his righteousness, and all these things will be given to you as well.” –Matthew 6:33. God is trying to say that we should seek him first before we seek the gratification from this world or from man and the older I get, the more I am realizing how necessary this is. I am beginning to shift my outlook on my life and I am letting go of the steering wheel, so Jesus can have complete control over it all.  Jesus wants us to give our hopes and dreams to him so he can work on our behalf. Sometimes the enemy uses our minds, our desires, and our “fantasies” to create ungodly soul ties and we have to be conscious of this. Look at me, I innocently fantasized about how I and that guy’s relationship would be and it ended with me staying in a terrible situation for years, waiting for my dream to come true. So learn from my mistakes. Learn to give God your desires, talk to him, pray to him, he’s listening even though sometimes it seems like he’s not. Also, I am learning to be patient. Patience is so important. Things can’t always happen in my time, but I have to believe, in God’s perfect timing all my dreams will come true.  What I love about writing these posts on my blog, especially this one is that it’s therapeutic. It allows me to reflect on my past, see where I went wrong or could’ve handled a situation better and learn to become a better person. It allows me to be real and vulnerable so I am no longer keeping my feelings and “problems” inside but I get to let it all out.

Let me know your thoughts. Have you allowed your fantasies to give you false hope or lead you into a soul tie? If so what did you do to break it?